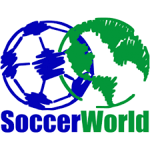 Favorite Quote: “If you want it bad enough, you’ll find a way to make it happen.”

Coach Miki joined Plymouth Reign in 2006, and began shaping the club as the Technical Director of Coaching in 2008.  Miki was a professional player for over 21 years.  He began his career in Europe with the Serbian Youth National Team, moving onto Red Star (Division I), OFK Boegrad, FK Milicionar and Pescara Serbia B.  He then headed to the USA to play with Kansas City Comets, Orlando Sharks, Detroit Ignition, and Chicago Riot.  Miki is also a two-time member of the MISL All Star Team.  His vast coaching experience includes DOC of Kansas City KH MAC, Kansas City Futura, Michigan ODP, Varsity girls soccer coach at Plymouth Christian Academy, and Head Coach & Captain of the Serbian National Indoor Soccer Team.  Miki is currently the Assistant Coach for the Plymouth High School Girls Varsity Soccer Team.  Miki has been honored twice as High School Coach of the Year.

Favorite Quote: "Always help someone, you might be the only one who does." - Unknown

Coach Sampson first played collegiate soccer at Schoolcraft College, helping the team to achieve several state, regional and national honors in 2001 & 2002.  He then received a grant to play at Madonna University, earning several individual honors at the University and Conference levels in 2003 & 2004, including All Region, All American and Player of the Year awards. Sampson began his professional soccer career with Detroit Ignition, moved on to Charlotte Eagles and then to Baltimore Blast. Sampson’s extensive coaching experience includes Assistant Men’s Soccer coach at Marygrove College, Head Women’s Soccer coach at Marygrove College and Michigan Olympic Development Program (ODP). He is currently the head coach of the Ann Arbor Lumberjills in the WPSL and University of Michigan-Dearborn men’s soccer team. Coach Sampson joined Plymouth Reign in 2008, and became DOC in 2015.

Coach Zach’s playing experience began as a club player with Michigan Wolves and continued to college at Madonna University. He began his professional career with Detroit Ignition and moved on to play for the Baltimore Blast. Zach is currently the co-head coach of the Ann Arbor Lumberjills and assistant coach of the University of Michigan Dearborn Men's Soccer team. Coach Zach joined Plymouth Reign in 2007 and became a DOC in 2018.

Favorite Quote: “The more difficult the victory, the greater the happiness in winning.” - Pele

Coach Nik got his start in the area playing for the Michigan Wolves at the youth level, and was a member of the US Youth Regional and National pool team. He was named Michigan High School All State 1st Team and was a Dream Team selection.  Nik’s playing experience continued at Lindsey Wilson College, where he was an NAIA All-American selection, and as a member of the Albania U21 National Team.  Nik has also played for Michigan Bucks, Detroit Ignition, Cincinnati Kings, and was on trial with Mainz ’05 of the German Bundesliga 1st Division. He is currently a member of a professional indoor soccer team.  Coach Nik joined Plymouth Reign in 2014, and was honored with the Positive Coaching Award for 2015.

Favorite Quote: “All kids need is a little help, a little hope, and somebody who believes in them.”

Coach Yao joined Plymouth Reign in 2001, while playing for the men’s soccer program at Schoolcraft College.  During Yao’s time there, his team was 1st Place in Michigan, Midwest Champions, and finished in 3rd place of the National Division 1 (NJCAA) Final Tournament.  In addition to his college playing experience, Yao was a team member of PASL Detroit WAZA, and a practice player with Detroit Ignition.  His coaching experience includes Harrison High School, Marygrove College Women’s Assistant Coach, and Marygrove College Men’s Assistant Coach.

Coach Matt’s soccer career began with the Michigan Wolves and Vardar clubs. He was an Olympic Development Program (ODP) State and Regional pool player throughout his club career. Matt played at Plymouth Salem High School, where his team won a State Championship. He then went on to play at the University of Michigan. Among the different earned awards and victories he earned over the years, he is proudest of being named captain for most teams he has played for. Coach Matt has been coaching since 2008 and is proud to join the Plymouth Reign in 2019.

Coach Sara joined Plymouth Reign in 2008.  She started out locally with Michigan Hawks, participated in the Olympic Development Program, and played Varsity at Salem High School.  Sara played with University of Detroit Mercy at the collegiate level, and continued playing in the GLWSL Premier Division with Michigan Hawks and currently with Borrachos.  She was also a member of the Michigan Hawks USASA Veterans Cup National Tournament Team.  Sara’s coaching experience encompasses recreational teams for Plymouth, as well as Michigan Hawks, and Assistant Coach for the Varsity Girls Soccer team at Divine Child High School.  She was named District Coach of the Year for 2012, and MIAC-Red Coach of the Year for 2012, 2013 and 2014. Coach Sara currently coaches the Varsity Soccer team at Lutheran High Westland, is working with the MSYSA Olympic Development Program (ODP) 101, volunteers and coaches at the soccer program at Vista Maria, and is the Volunteer Coordinator for Soccerfest - Leukemia & Lymphoma Society Kicks for Cancer.

Coach Igor has been coaching soccer since 2011 with Vardar FC and with Miki Pro Soccer camps.   He has played professionally with Detroit Ignition as a defender.  He signed a pro contract at age 17 with FC Pobeda - Macedonia.

Favorite Quote:  "You can always control two things: your attitude, and your effort."

Coach Jason was a Plymouth Reign player on the 1997 team. He was a part of multiple Olympic Development Program (ODP) teams during his youth career, as well as being the Plymouth High School varsity captain. Jason played four years of college soccer at Spring Arbor University (2015 - 2018), where his team won three Crossroads League championships, and made two national tournament appearances. Jason spent four years as assistant coach to the Plymouth High School Varsity boys team prior to joining the Reign staff.

Coach Gabriella was a Plymouth Reign player for ‘99 and ‘00 girls teams from 2007-2018.  She served as the captain of the team throughout her time with the club. She played Varsity for Salem High School as the captain. She was awarded First Team All State. Gabriella attended Michigan State University for four years and now is returning as a coach for the Reign.

Favorite Quote: "Soccer is simple, but it is difficult to play simple."

Coach Enis joined Plymouth Reign in 2018 as a goalkeeper coach. Prior to joining Plymouth Reign, he played in multiple European leagues, including the Montengrin Premier League (F.K. Decic) and Albanian Super League (F.K. Vllaznia and F.K. Terbuni). During his long tenure, he was a member of multiple championship teams (2002-2003, 2003-2004, 2014-2015), and was awarded Goalkeeper of the Year (2014-2015).  Coach Enis currently plays for the Michigan Premier Soccer League’s Cedars FC